Shelby County Health Director Audrey Gough gave an update on the COVID-19 situation in Shelby County.
“We’ve currently got eight active cases in the county. We have had 660 total since we’ve begun. The number of active cases has been bouncing around from two to eight to 10 and so on, but nothing too crazy,” she said.

Vaccinations are continuing to be distributed in Shelby County. Anyone can get one after Friday, April 9. “We are seeing a decrease in people calling and asking for the vaccination. First round doses will be given Thursday the 8th and Wednesday the 14th,” Gough said.

The CDC is continuing to do the studies. “As of right now they are saying the vaccine is still killing the virus six months after its been distributed. They are also figuring out it’s highly unlikely for people to transmit the virus off of hard surfaces. The constant wiping down is no longer a factor,” Gough said.

She explained that the more people who get vaccinated, the more it drives down the number of cases.

She also noted that the Johnson & Johnson vaccine which is one dose, is now available. We could get it to distribute but we would have to do a 100 dose minimum. We only have 12 at this point. I hope people are taking advantage of the one-dose series. We encourage people to get on a list somewhere.”

She noted that Johnston Drug has vaccines available, as well as Hannibal Regional Hospital. There are multiple opportunities to get vaccinations.

Gough also said they haven’t had anything identified as the new strain in the county to this point. She is hoping that it will stay away, but notes that much of that depends on how many people get vaccinated.

Shelby County Gears Up for the 35th Annual Old ... 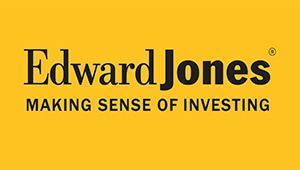