This is the second of a two-part series on the 2020 year in review.

The South Shelby Prom was held on June 27 this year due to the COVID-19 pandemic. Josie Hammond was crowned the 2020 Prom Queen and Kanon Kendrick was the Prom King. Josie is the daughter of Sandra Totten and Kevin and Becky Hammond. Kanon is the son of Kyle and Theresa Kendrick.

Several members of the Shelbina Christian Church Youth Group were out painting railings in downtown Shelbina.

People of all ages participated in the Firecracker Mud Run that took place on the morning of the Fourth of July at the Shelbina Lake.

Due to COVID-19, the Shelby County Fair board decided to scale back the fair, which excluded many of the main events. Some of the 4-H events still took place.

The Shelbina City Council decided to hire John Wilcox as its City Attorney. Wilcox was currently holding the position but it had gone out for bid. He and Jim McConnell had bid on the position.

The Shelby County R-IV School Board went over a three-level plan to get kids back in school safely in the fall.

This was part of the Street Improvement Project the City does each year.

South Shelby Elementary School was inching closer to completion as the school year approached. The building was scheduled to be ready for the first day of school.

The Shelbina City Council decided to hold off on a decision to appoint the City Prosecutor position after deciding to put it out for bids. The position was currently being held by John Wilcox. Both Wilcox and Jim McConnell had bid on the position.

The Shelbina Police assisted the FBI in a search warrant of a Shelbina person on Thursday, July 23. Logan Laws, 28, of Shelbina was arrested and charged with a six-count superseding indictment.

Arron Fredrickson won the Republican primary race for Shelby County Sheriff in the Aug. 4 election. Fredrickson is was one of several running to replace Dennis Perrigo who announced his retirement.

A group of Shelby County Citizens and retired educators raised money and were able to purchase school supplies for 390 Shelby County students. They passed the supplies out at the Shelbina American Legion Hall on Saturday, Aug. 1.

John Wilcox turned in his resignation as the Shelbina City Attorney. The City Council then named Jim McConnell as both the City Attorney and City Prosecutor.

A vehicle chase that originated in Monroe City ended in Shelby County as the Shelby County Sheriff’s Department arrested Linkon Rickard, 26, of Monroe City. He was charged with unlawful possession of a weapon, possession of a defaced firearm, resisting arrest by fleeing, operating a motor vehicle without a valid license, property damage in the first degree, and careless and imprudent driving.

The 2020 Shelbyville Old Settlers Queen was Mary Schwanke, the daughter of Jesse and Diana Schwanke of Leonard. She was crowned on Thursday, Aug. 13.

South Shelby Elementary Students entered the hallways of their new school for the first day of classes on Monday, Aug. 24.

The Shelbina City Council decided against having its annual Farmers Day event because of COVID-19.

Shelby County Health Director Audrey Gough told the Shelbina Weekly that the county was up to 46 positive cases, with five active and two of those hospitalized.

The Shelby County R-IV School Board approved several recommendations for spectators attending South Shelby home and fall sports activities. Most centered around social distancing and wearing masks. Many of these regulations were ultimately not followed.

There was no foul play suspected in the death of a Shelbina woman in the 600 Block of East Walnut. The woman was discovered on Thursday, Aug. 27.

A train collided with a car at a rural crossing west of Shelbina on Tuesday, Sept. 9. Donald G. Leftwich suffered serious injuries as a result of the collision and was taken by Salt River Ambulance to Blessing Hospital in Quincy.

The Shelby County R-IV School Board and Superintendent Troy Clawson talked about possible improvement projects at a recent school board meeting.

North Shelby School District announced it had three active COVID-19 cases and was working closely with the Shelby County Health Department to keep it from spreading more.

The Shelbina City Council heard an update from City Superintendent Dennis Klusmeyer on the ongoing Wastewater Project. The City is moving along well with the project.

The Shelby County R-IV School Board and Superintendent Troy Clawson discussed trying to avoid COVID-19 and keep students in the classrooms during the Sept. 9 school board meeting.

The Shelby County Sheriff’s Department discussed an ongoing issue of political signs being stolen and vandalized throughout the county.

Jena Hammond was crowned the 2020 South Shelby Homecoming Queen on Friday Sept. 25 at South Shelby. She is the daughter of Sandra Totten and Kevin and Becky Hammond.

Professional cemetery preservationist Jonathan Appell was in Shelbyville on Friday, Sept. 25 as part of his 48 states in 48 days tour of putting on workshops. Around 50 local people attended his workshop.

Pete Harrington did some landscaping work on hole number three at the Shelbina Lakeside Golf Course. The work should address some drainage needs and make for better playing conditions in that area.

Shelby County Health Director Audrey Gough reported that there were 81 total COVID-19 cases in Shelby County, including seven active cases. There were also the first cases at South Shelby and Heartland.

South Shelby had planned to lend a hand to Centralia High School and host the Centralia homecoming ceremonies since Centralia wasn’t hosting home games due to COVID-19. The game was ultimately canceled because of COVID-19 cases at South Shelby.

A Newark man, Glenn L. Randall, 52, of Newark, was killed in a head-on collision while riding a motorcycle that collided with a pickup truck.

Shelbina City Marshal Jerry Fenton submitted his resignation to the City Council and announced he was stepping down at the end of October.

The Shelbina Police Department was investigating the theft and vandalism of local political signs.

Shelbina Police Sergeant Jeff Brown was sworn in as the Shelbina Police Chief until the next municipal election. Brown said he planned to run for City Marshal at that time.

CARES Act money is being used to cover over half the costs of a major broadband expansion that is taking place in Shelby County.

The Shelbina Fire Protection District responded to a small fire of a spare tire on a truck located on Highway 36 just east of Lentner. The quick response of the department saved the entire vehicle from going up in flames.

Arron Fredrickson was elected in the November 3 election for Shelby County Sheriff. He is replacing outgoing Sheriff Dennis Perrigo who decided to retire.

The South Shelby Cardinals came up short in their final game of the year, losing 18-14 to Mark Twain in District play.

Members of the Shelbina Masonic Lodge took on a project to paint the fire hydrants throughout the City of Shelbina to raise money for the Shelby County R-IV School District’s food program.

South Shelby Fourth Grade Teacher Jen Gill was a semifinalist in the Missouri State Teachers Association Teacher of the Year contest. There were 30 regional teachers of the year from all over the State. Gill and a teacher from Hannibal represented Northeast Missouri.

The Shelby County R-IV School Board voted 4-3 against making its payment to the general contractor of the Elementary School project in the amount of $10,750.20 because of how slow it was taking to get things completed on the project.

The Shelby County R-IV School Board met with Shelby County Health Director Audrey Gough and approved a motion to follow the recommendations of the revised COVID-19 guidelines and implement a school-wide mask initiative as mandated by the governor.

About 150 people attended the Passion for Pigs Ham Hike that took place Thanksgiving morning. The event was organized by Miranda Patterson, and it provided 100 hams to families for Christmas day.

Two people were injured in an accident involving an ATV. They were Dillon C. Apel, 27, of Shelbina and 28-year-old Haden C. Carroll of Clarence. Apel suffered serious injuries and Carroll sustained minor injuries.

After reviewing camping, pool and golf rates, the Shelbina City Council decided not to raise them for the upcoming year.

Shelby County topped the State of Missouri with the highest seven-day COVID-19 positivity rate. Out of those tested, 54.2 percent came back positive with COVID-19.

Cecelia R. Kendrick, 75, of Shelbina died in a one vehicle accident on U.S. 36, three-fourths of a mile west of Hannibal.

The Shelbina City Council approved a new Administrative Search Warrant that would make it easier for the Shelbina Police to deal with those who have dangerous and dilapidated buildings.

The annual South Shelby FCCLA Breakfast With Santa was modified this year to an outside drive-by event. Santa was outside to greet children as their parents drove them up to the front of the school.

Salt River Community Care recognized several employees for their service including those receiving Employee of the Month, Perfect Attendance, Years of Service and Employee of the Year.

A one-vehicle accident just west of Shelbina on U.S. 36 resulted in the fatality of Donna M. Dennis, 70, of Shelbina. According to the Missouri State Highway Patrol, she suffered some kind of medical event which caused the accident.

In a legal case between Daniel Dovin and the City of Shelbina, the court dismissed the case with prejudice.

Shelbina City Marshal Jeff Brown, along with his son Caleb and Office Assistant Ashley Beck, went to the South Shelby Elementary and handed out Pez Dispensers to all of the students.

A large crowd of people attended the auction of the Shelby County R-IV property in Shelbina and Clarence on Tuesday, Dec. 22. All of the items sold very well as Shelby County R-IV Superintendent Troy Clawson was pleased with the results. 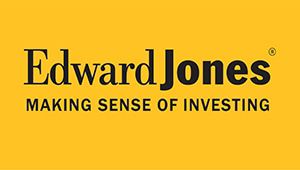 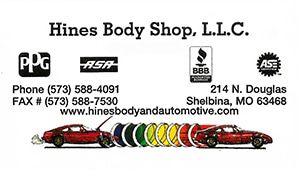