This is the first of a two-part series looking back at the top stories of 2020.

Max Fahle, son of Steve and Linda Fahle of Shelbina, was given an lifetime membership to the Shelby County Historical Society for his volunteer work he has done there.

Daniel Hadsall of Bethel was arrested by the Shelbina Police for writing several local bad checks.

Shelby County R-IV Superintendent Tim Maddex announced that he would resign his position at the end of the year. He would be the next high school principal at South Shelby.

The filing period opened up for April election.

The Shelbina City Council decided to go with a new trash servies. The City switched to RTS Waste Services LLC. This decision was made during the Jan. 14 City Council meeting.

The South Shelby FCCLA competes in the Region 3 STAR Events that was held at Atlanta C-3 School on January 13.

Several items were discussed at the Shelbina City Council meeting on Tuesday, Jan. 28.

Shelby County Conservation Agent Kevin Lockard reported that deer totals for 2019 were down from the previous year in Shelby County.

Michaela Christoffer took over as the new Shelbina City Clerk, replacing Brittany Bradshaw, who held the job before taking a new position with Shelby County R-IV.

A vehicle that was stolen from the South Shelby parking lot on Saturday, Feb. 8, was recovered in the Wal-Mart parking lot in Kirksville later that day.

Charles L. Gaines, 80, of Shelbina was injuried in a one-vehicle accident two miles east of Hunnewell on US 36.

Mallory Wood was crowned the 2020 South Shelby Courtwarming Queen. She is the daughter of Danny and Gayla Wood of Shelbina.

The Shelbina City Council discussed prices for the Shelbina Aquatic Center during the Feb. 18 council meeting.

Kyle A. Bowen, 21, of Edina was arrested for the car theft that occurred on Feb. 8.

South Shelby High School Principal Matt Rayl resigned after one year at the school. He was replaced by Tim Maddex.

The Shelbina City Council approved the pool rates that were discussed in the previous meeting.

The first panel of the South Shelby Elementary Tornado Safe Gym was put in place on Monday, March 2.

Shelby County R-IV received a 100 percent on its bus inspections. Transportation Director Curt Bowen was very happy with the results. The buses were inspected by the Missouri State Highway Patrol.

Shelby County R-IV Schools cancelled classes becuase of COVID-19. The original plan was for a two week shut down. It would turn out to be the rest of the year.

The annual Neighbors Helping Neighbors Fundraiser was postponed due to COVIV-19.

The Shelby County Senior Center also announced that was closing its doors during COVID-19. Meals were still delivered to homes.

The Shelby County Health Department reported on Tuesday, March 24 that it had received confirmation of the first COVID-19 case in the county.

The Shelbina City Council spent the bulk of its meeting on March 24 talking about preparations needed for COVID-19.

The April 7 election was moved back to June 2 due to COVID-19.

The City streets of Shelbina was filled with cars cruising the strip on Friday, March 27. Corey and Maria Eagan, along with Jennifer Chandler organized the event. Channing Black had the idea to collect can good items for the local food pantry.

Shelby County R-IV School Superintendent Tim Maddex told board members during a special meeting on March 30 that a decision on what to do for the remainder of the school year would be decided in the next 24 to 48 hours.

Governor Mike Parson directed Dr. Randall Williams, Director of Missouri Deparmtent of Health and Senior Services, to issue a Stay at Home Order which was effective on April 6.

Work continued on the South Shelby Elementary School as window frames were being installed and weather proofing was put in place.

Jim Foster was voted in as the new Shelby County R-IV School Board President.

Bricklayers were putting bricks on the outside walls of the new South Shelby Elementary School.

An early morning ATV accident resulted in the injuries of 31-year-old Christopher J. Hensley of Holt.

Courts continued to operate online with empty courtrooms during COVID-19 after the Missouri Supreme Court suspended all in-person proceedings.

The Shelbina City Counicil discussed COVID-19 issues and approved a motion to purchase a dump truck during its regular meeting on Tuesday, April 28.

Local restaurants open their doors back up and take precautions during COVID-19.

The Shelby County Commission found out it would receive $695,707 from the Federal CARES Act Fund.

The Shelby County R-IV School Board decided to have graduation on May 23 at 6 p.m. with a rain date for May 24. Prom was scheduled for June 27.

The South Shelby Elementary School continued to progress through May as Project Engineer Michael Purol gave the school board an update during the May 13 school board meeting.

The South Shelby Commencement ceremony was held on Saturday, May 23 as social distancing guidelines were in place.

The body of Matthew B. Shaw, 36, of Bethel was found on the night of Friday, May 29 by search committee.

The Shelbina Lions Club hosted a movie in the park night on June 6. They showed the movie “The Sandlot.”

A summer lunch program was in place at the Shelbina library park.

A major wastewater project at the Shelbina Wastewater center got underway in June. The $996,000 is being done to comply with government regulations.

The Shelby County R-IV School Board heard public comment encouraging the school to open back up in the fall.

The Shelbina City Council discussed the request for proposals for the City Attorney and Prosecutor positions during the June 23 City Council meeting. 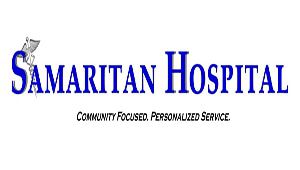 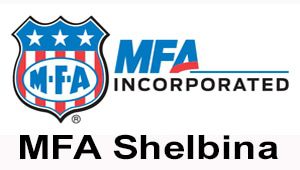 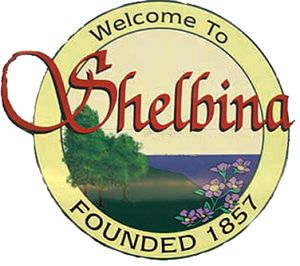